In 1981, Dutch musician and ethnomusicologist Wouter Swets (1930–2016) took his ensemble Čalgija to the studio to record their second album. The re­cordings were completed, but the liner notes took much more time than anticipated (probably because Swets was working on his lecture series and book on Ottoman art music at the same time). Meanwhile, Čalgija’s line-up changed to the extent that the material and performance were no longer considered representative. The project was shelved and eventually forgotten, and Swets went back to the studio in 1983 for a second attempt. While the 1981 master tapes were lost, a cassette copy turned up in the estate of Wouter Swets in 2020. Out of twelve tracks, three were redone and released on other albums. The remaining nine have been supplemented with eight live tracks from 1978.

Straight to the liner notes >
(info, music and downloads below)

Read all about the rediscovery of these recordings, Čalgija in the 1980s, and the individual tracks.

Tracks
All repertoire is traditional, and has been arran­g­ed by Wouter Swets. Tracks 1–9 were recorded, mixed and master­ed in 1981 by Wil Hesen of Farmsound Studio (Heel­sum, Netherlands), who also digitised the material in 2021. Tracks 10-16 were recorded live in 1978 at Theater aan de Haven (The Ha­gue, Nether­lands) on a Teac 34-2 tape re­cor­der by Frenk van Mee­teren and Jørn Plas for Pan Records, and digiti­sed in 2019 by Wil Hesen. Track 17 was recorded in the same year and same venue, and digitised in 2021 by Jan van Rhenen (Leiden, Netherlands). The material was denoised and mast­ered by Vangelis Apostolou at Studio Vasmaris (Herak­lion, Greece) in 2019 (10–16) and 2021 (1–9, 17). 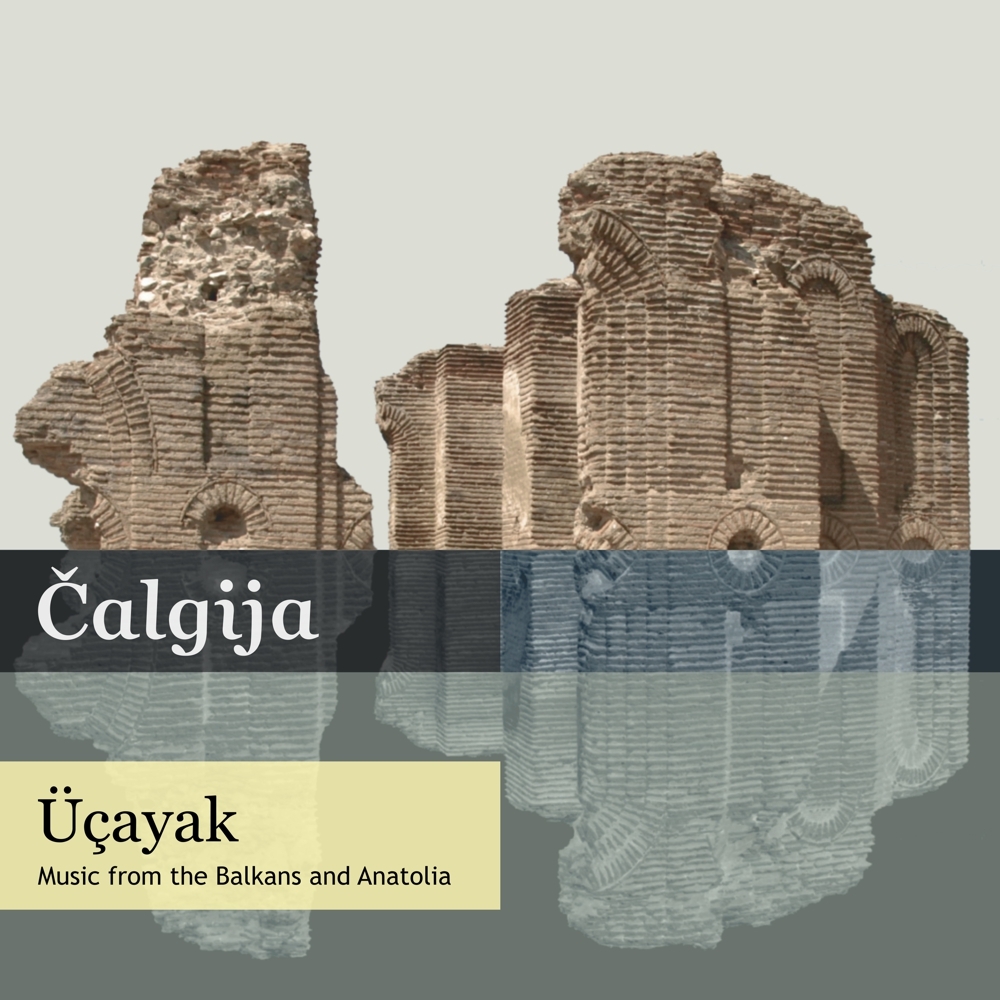 About the album artwork
This album is named after its third track. The Turkish word üçayak means tripod or, especially in the context of dance, three-step. It is also the name of the ruins of a Byzantine church in the Kırşehir province of Central Anatolia, which is featured in the album artwork. The full name, Üçayak Kilisesi (Three-legged Church), refers to the state of the ruins, of which the main remaining wall, which features two arched openings, resembles three legs. The church was reportedly built in the 10th or 11th century, in an isolated location with no nearby resources of water or signs of habitation. The album artwork features modifications of a photo by Hajo-Muc (CC BY-SA 4.0)