Kairos Collective‘s second album is a homage to the continent of Europe, where travelling a thousand kilometres in any direction will bring you into another world. Where West and East meet and blend and beautiful things happen.

Read all about the album, tracks, and sources of inspiration.

Acknowledgements
Many thanks are due to: Ross Daly and Labyrinth Musical Workshop for guidance and inspiration • The musicians and studio staff for the great time we spent and the great job they did • Cengiz Arsanpay, Christos Barbas, Dominy Clements, Nikos Kokolakis, Dimitris  Papageorgiou, Vassilis Phillipou, Magnus Robb, Goran Stalevski, Dorothy Strakari, Kelly Thoma, Sergios Voulgaris and Jan Wollring for advice and comments • Remco Busink for the recording of [12] • The Papaioannou family for their great hospitality during the recording sessions • Martine van der Meulen for love and understanding – this album is for you. 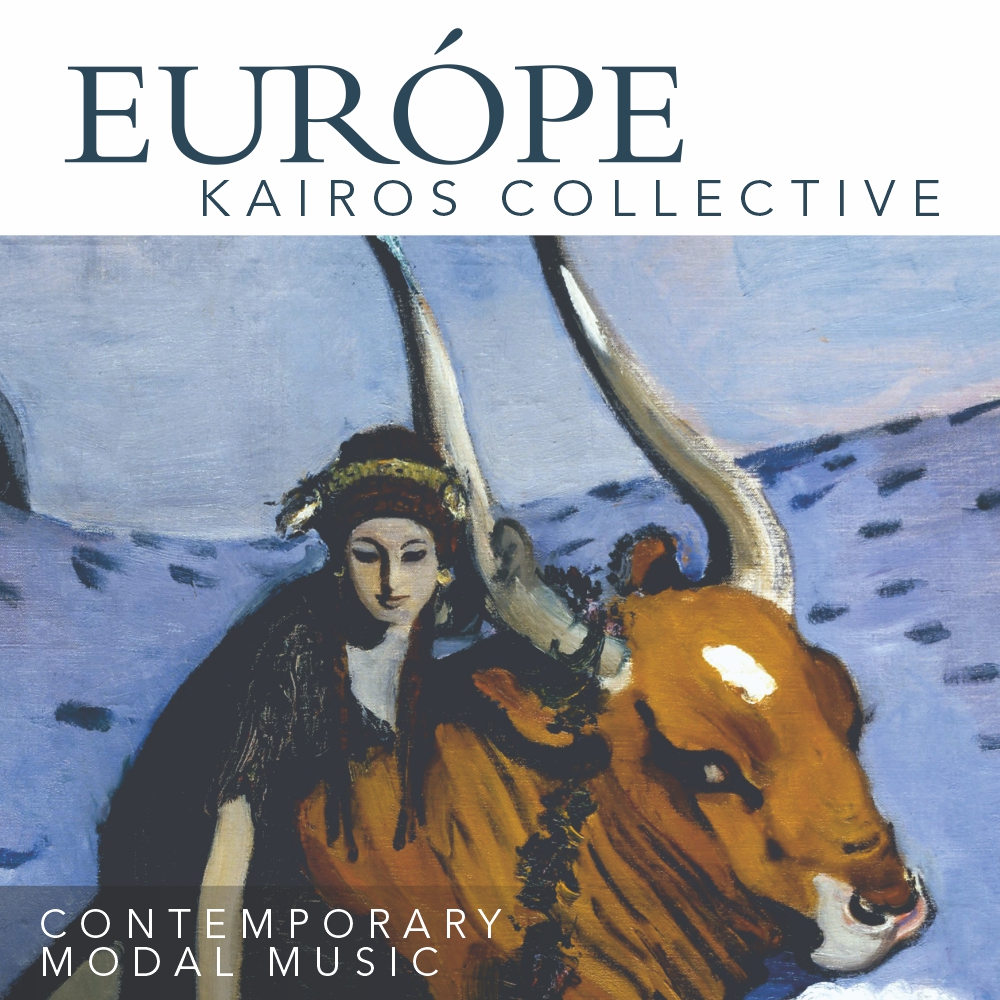 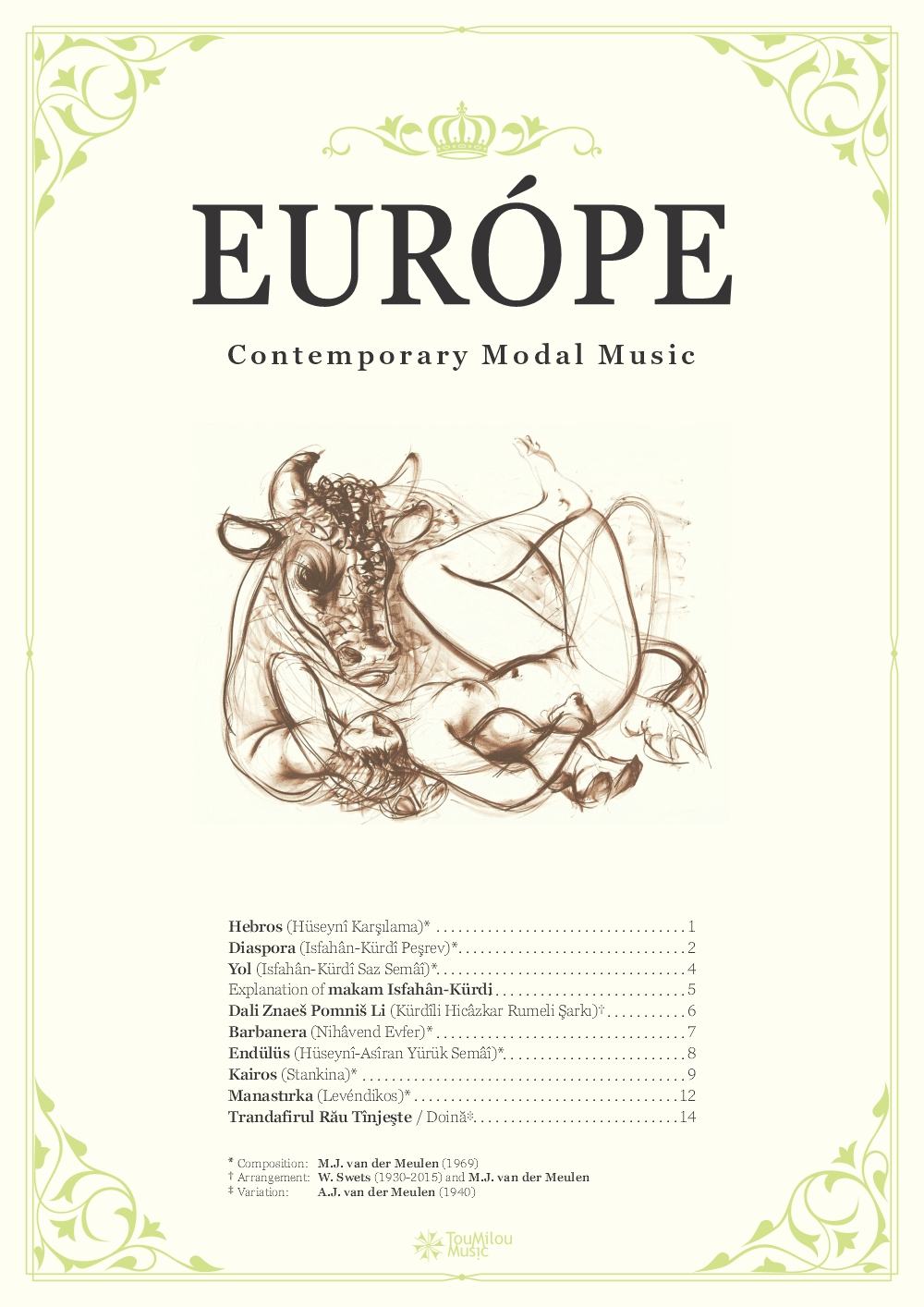 About the album artwork
In Greek mythology, Európe was a Phoenician princess who caught the eye of Zeus while she was playing at the beach. He transformed himself into a tame bull in order to escape the attention of his wife Hera and disguise himself for Európe. Európe caressed the bull en eventually got onto his back. He then took her into the sea and swam all the way to Crete. Upon arrival, Zeus made himself known to Európe and seduced her, after which she had three children: Minos (the later king), Rhadamantus and Sarpedon. The album artwork and score book feature the paintings ‘The Abduction of Europe’ (1910) by Valentin Serov (1865–1911), and the lithography ‘Europa’ (1953) by Hans Erni (1909–2015), respectively. Erni’s painting is copyright-protected and has been reproduced with permission from the rightholders.